I adapted Pastor Taylor Field's memoir, A Church Called Graffiti. We printed a limited run for Pastor Field's 30th Anniversary with the Graffiti Mission, located on Manhattan's Lower East Side, but it's not yet published for general sale. Go to the sidebar, or click here to read Graffiti Chapter One. 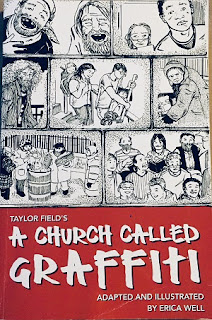 In Megazeen #9 I teamed up with writer Tom Hall and we made a comic strip titled "Billy!". Stylized and bilingual (Billy only spoke Spanish) this little guy makes me laugh every time I re-read this. I put a few panels up on the Comics Sampler page. 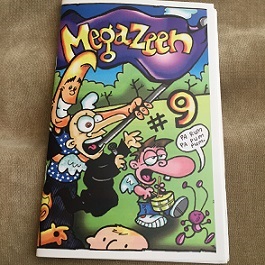 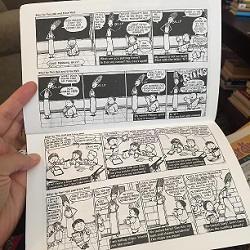 For a few summers in a row back in 2003 - 2005-ish I drew a comic strip called The Miller Sisters that appeared in a North Michigan newspaper titled Cardinal Adventures. I was still experimenting with superheroes, and Julia was just figuring out her superpowers. 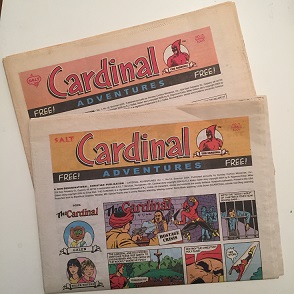 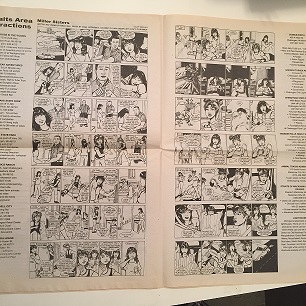 Below are comics I wrote back when I worked on staff at Milestone Media, and before I got married.
I wrote Static #37, and co-wrote Icon #7 with our Editor-In-Chief, the brilliant and kind Dwayne McDuffie. 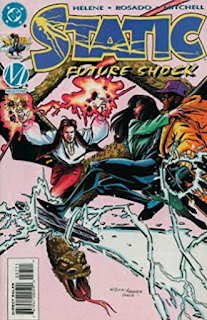 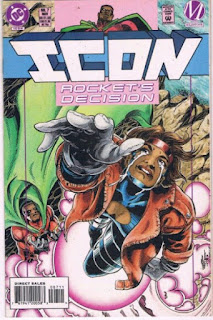