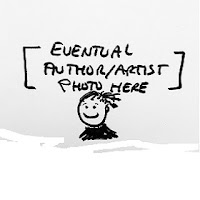 Erica Well loves drawing, stories, comics, and books. She learned to read with mom, who would bring her to the library starting at the age of 3, and by sharing a love for newspaper comic strips with
her dad.

Erica started seriously drawing at the age of 8, and sold her first drawings at the age of 12. In high school, after friends began interning at Marvel Comics, she saw that people could actually write and draw stories for a living. [insert shocked emoji here]


Erica worked as a comic book Production Manager for Milestone Media and for DC Comics. At Milestone she co-wrote Icon #7 with Dwayne McDuffie and wrote Static #37. After other attempts at comics script writing, she realized she just really wanted and needed to hone her craft.

A native Nuyorican*, after she got married, Erica moved to Nashville, TN and worked as an art and Spanish teacher for a homeschool program. In Nashville she focused on her drawing, and joined several comics creators groups. She collaborated with her husband on several mini comics and wrote and drew her own. She also wrote and drew The Miller Sisters comic strip, which appeared yearly for 4 years in a summer newspaper publication called Cardinal Adventures, and Best Mann For The Job, a comic strip she collaborated on with her husband, novelist Chris Well.

Nashville is where Erica was commissioned by a local publisher to adapt the memoir A Church Called Graffiti written by Taylor Field. The Publisher's first major venture into comics publishing, after the Acquisitions Editor overseeing the project left the company, the Publishing Group chose to shelve the graphic novel. Erica continued to draw the book until she was done. She credits that with accelerating her drawing learning curve. A Church Called Graffiti is the story of a pastor who moves with his family from the midwest to New York City, so he and his wife could serve at a mission for the homeless and poor located near Tompkins Square Park in Manhattan. Erica and the Fields hope to find that graphic novel and its possible sequel, Mercy Streets, a new publisher.

Working in comics taught Erica to love teamwork. Working with kids has taught her to love All-Ages material anew.

*a "Nuyorican" is a person who is born in New York whose parents immigrated from Puerto Rico, which is a territory of the United States. Puerto Rico is located in the Caribbean, which is off the southernmost coast of Florida. Puerto Ricans are American citizens, and have been since March 2, 1917.